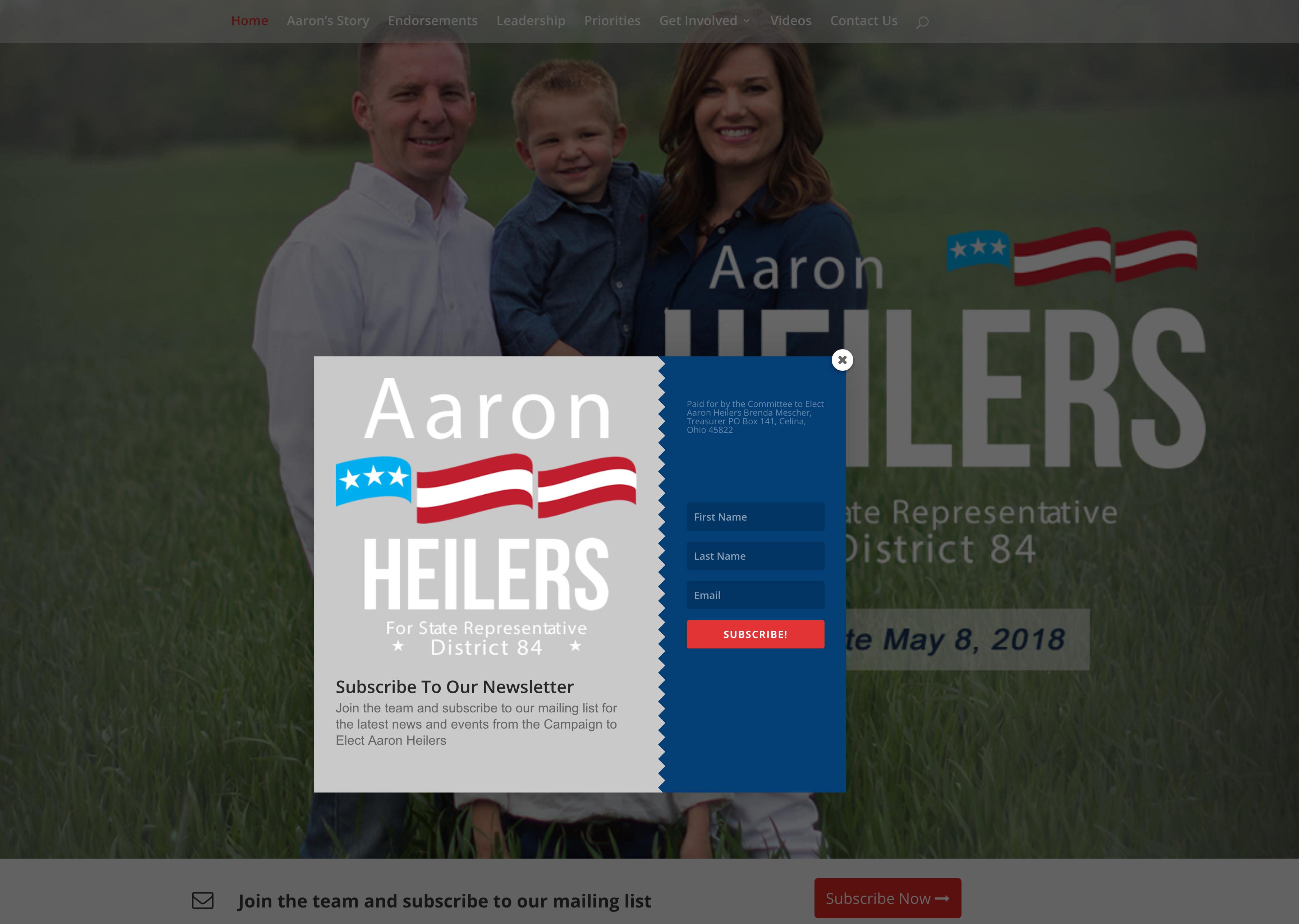 Aaron Heilers, Republican-Anna, has officially announced his candidacy for the Ohio House of Representatives’ 84th District, which includes Mercer County and parts of Darke, Shelby and Auglaize counties, and will begin his campaign for the seat ahead of the May 2018 primary election. “Having been a lifelong resident of the 84th District, which ranks first in the state in agriculture production, I’m very passionate about the people and prosperity of the communities that encompass this seat,” said Heilers. “My background in agriculture, strong family values and conservative philosophies make me the candidate best suited for this position.”
View Website